What a Diamond Taught Me About Leadership

In 1980, I was a husband, father, scientist, son, salesman, immigrant and business owner. Or so I thought. Jolted by the news that my polymer chemicals company was facing bankruptcy, I wondered, “What went wrong and how can I fix it?”

I had been following the advice of the best professionals I could find: my accountant, my lawyer, and my multi-degreed and well-paid vice presidents. I had been following the best practices of the day in all the aspects of running my company – bottom line oriented practices. Yet, right now my advisers were busy preparing a bankruptcy filing and expecting me to sign on the dotted line. 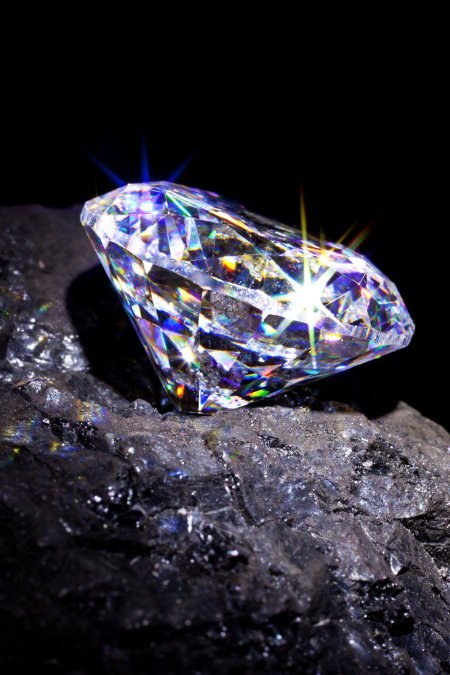 So often, real insight comes from taking conventional wisdom and turning it on its head. But I didn’t know that then. As a leader, the logical thing seemed to be to envision a destination and chart the course to get there. That’s what leaders do, isn’t it? I had already tried that, though, and look where it had gotten me.

That’s when I remembered a question a professor in a chemistry class I’d taken had once posed to us: “Who can tell me what a diamond is?” My classmates responded with all kinds of answers.

But the professor stated, “A diamond is carbon,” adding, “and so is graphite” – the soft lead in the center of your pencil. The hardness of a diamond and the softness of graphite both were generated from the same kind of atoms. Diamonds, in fact, are made from graphic subjected to high heat and pressure.

The professor went on to suggest that to know the truth about carbon and to understand its intrinsic nature and capabilities, we should look closely at its atomic structure. He also recommended that to reach our full potential, we needed to look just as closely at ourselves. It was a surprising comment for a professor to make in a chemistry class, and I realized he must have felt strongly about it.

At that point I suddenly knew that to revitalize my company, I needed first to look backward to my roots and inward to my core. I needed to ask and answer one key question, “Who am I?” before I could look outward and forward.

We want our leaders to be active and extroverted, yet we forget that action must be balanced by stillness and extroversion by introspection. Without a strong and well-grounded center, a leader can be too easily swayed, tempted, and misled.

A few days later, when my lawyers handed me the bankruptcy papers to sign, I handed them back, unsigned. Twenty-six years later, in 2006, my company had become so successful it was targeted for acquisition by The Dow Chemical Company, so I sold POLY-CARB and embarked on another of life’s adventures.

Today, when I teach business leadership and cultural transformation, I always ask those present to wrestle with the one question that changed my life, “Who am I?” If you are still answering the question, “Who am I?” by your roles, titles, duties or accomplishments, think again, because that is not who you are.

Internationally renowned as Mr. Stress-Free, Ratanjit S. Sondhe is a professional speaker, author, radio and television personality, consultant, and was the founder and 34-year CEO of a material science company recently acquired by The Dow Chemical Company. He credits all of his worldly success and good fortune to realizing his place in the universe and unconditionally adding value to the bigger one - our society.